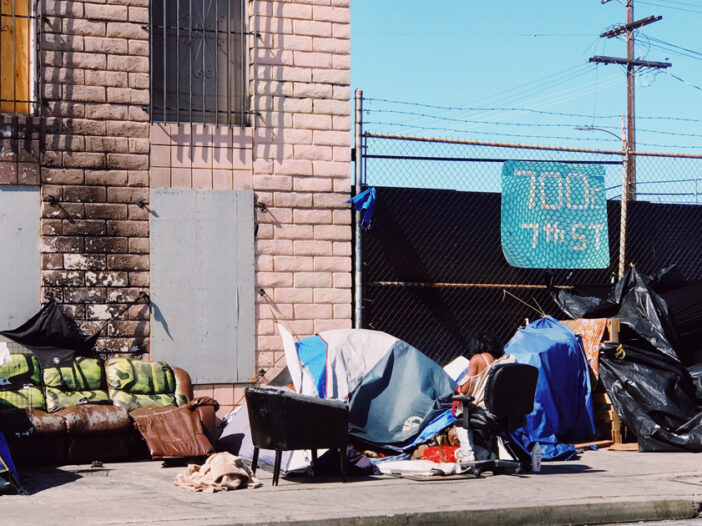 Due to two court cases, the Jones case and the Lavan case, the City’s ability to enforce its laws has been significantly restricted: On October 15, 2007, the City entered into a settlement agreement in Jones v. City of Los Angeles, in which the City agreed that between the hours of 9pm and 6am, it would not enforce the law prohibiting sleeping on the streets anywhere in the City of Los Angeles until the City makes 1,250 units of permanent supportive housing available in the Skid Row area. In a separate case, Lavan v. City of Los Angeles, a federal district court judge issued a preliminary injunction enjoining the City from seizing or destroying personal property left unattended on the public sidewalks of downtown’s Skid Row. The City appealed this order to the Ninth Circuit Court of Appeals. The Ninth Circuit held that the removal and immediate destruction of a person’s unattended property violates the United States Constitution. The Ninth Circuit’s opinion applies citywide. In implementing the injunction and the Ninth Circuit ruling, the City has established a process to be used prior to removing or destroying personal property left on sidewalks. This includes providing notice to the owner prior to removal and storing the property for a reasonable period prior to disposing of it. These prerequisites do not apply to items which pose an immediate threat to public health and safety.

Although the injunction only pertains to Downtown Los Angeles, the City has implemented these precautionary steps citywide to protect individuals’ rights to their property and to also ensure compliance with the Ninth Circuit ruling. The City’s Bureau of Street Services and the Bureau of Sanitation are working with the Los Angeles Homeless Services Authority and other agencies to provide outreach to the homeless individuals as well as to maintain safety in the public right of way. The City has sought to strike a balanced approach: provide help to those who need and want it – and to enforce all applicable laws to protect quality of life.

Being homeless is not a crime. If you would like to report an encampment or abandoned property, call Councilmember Mitch O’Farrell’s 13th District Office at 213.473.7013, or Councilmember David Ryu’s 4th District Office at 213. 473.7004. Citywide, Councilmember O’Farrell is working to establish an affordable housing policy, which will help create more permanent supportive housing for the homeless. The Councilmember is bringing more affordable housing units to the 13th Council District than any other district in the City of Los Angeles, but feels this must be a citywide effort as homelessness is a citywide problem.

You may also use the MyLA311 SmartPhone app to report abandoned property or encampments, or go online to https://www.lacity.org/myla311

Sign up to receive latest news, events and meetings sent to your inbox!